A man holds a cross at the funeral of Russian journalist Anna Politkovskaya, murdered in Moscow on 7 October, 2006. She was shot four times, once in the head, in an elevator in her apartment block. .The funeral, held in the Troyekurovskoye cemetery in western Moscow, was conducted by an Orthodox priest. Before the burial, thousands of well-wishers filed passed her body..Known for her critical coverage of the war in Chechnya and of Russian President Vladimir Putin, her murder is widely believed to be connected to her investigative work..The 48-year-old was a tireless reporter who had written a critical book on Russian President Vladimir Putin and his campaign in Chechnya, documenting widespread abuse of civilians by government troops..She leaves behind a son, a daughter and an ex-husband. 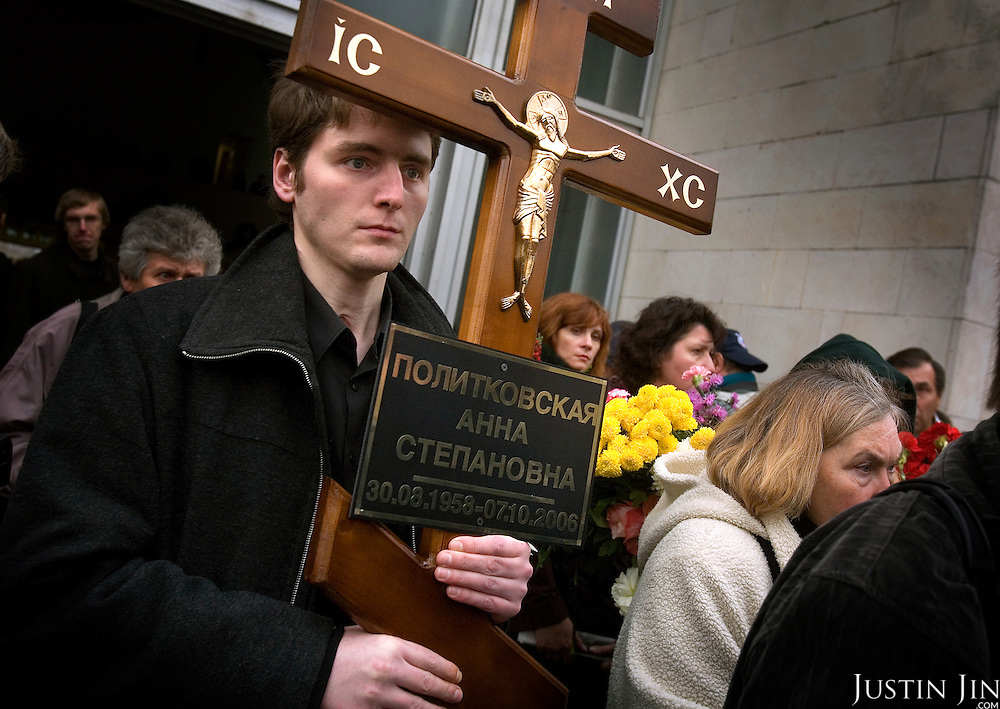