A crowd pays tribute to Russian journalist Anna Politkovskaya, six months after she was murdered in Moscow. .The placard on the woman reads:"Motherland -- You are not a mother and not even a stepmother. You are an old woman named Death.".About 300 people gathered 7 March, 2007 on Pushkin Square to commemorate the six-month anniversary of Politkovskaya's death and to call on the authorities to bring her killer to justice..Known for her critical coverage of the war in Chechnya, she was shot to death in the elevator of her apartment building in Moscow, in a killing prosecutors believe could be connected to her investigative work..Politkovskaya was a tireless reporter who had written a critical book on Russian President Vladimir Putin and his campaign in Chechnya, documenting widespread abuse of civilians by government troops..Prosecutors have opend a murder investigation into her death, said Svetlana Petrenko, spokeswoman for the Moscow prosecutor's Office. Investigators suspect the killing was connected to the work of the 48-year-old journalist, Vyacheslav Raskinsky, Moscow's first deputy prosecutor said on state-run Rossiya television. 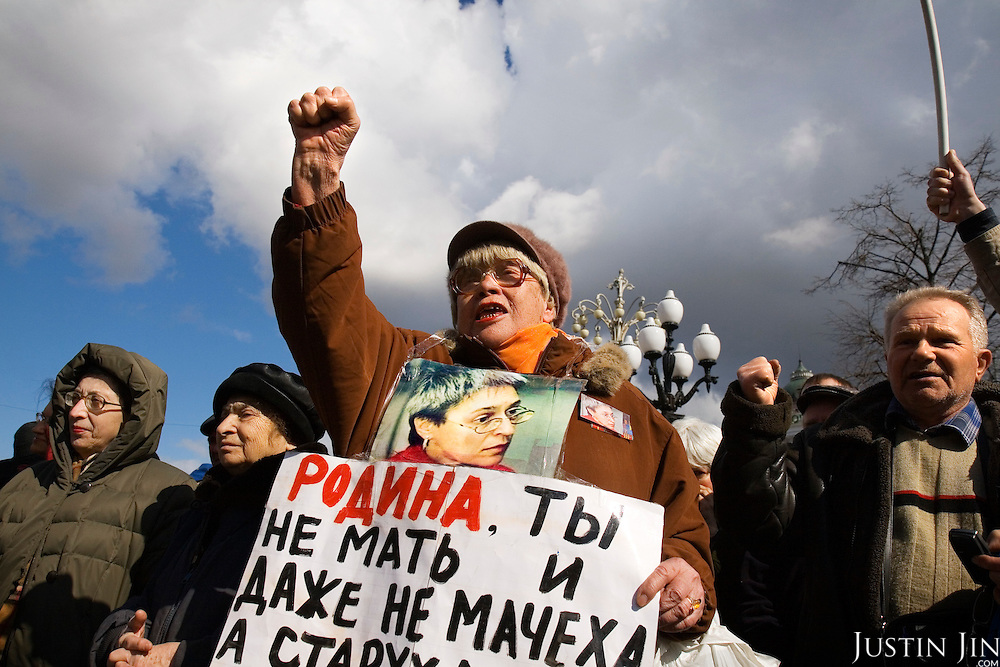