Fungi the Dingle Dolphin in Ireland

Former fisherman Jimmy O'Flannery drives his boat in Dingle, on the west coast of Ireland, to bring tourists to the famed dolphin Fungi. O'Flannery is the head of the Dingle Boatmen's Association.In 1984, the lone dolphin was observed escorting the fishing boats. The fishermen named him Fungi. Within months, he had become such a fixture that local officials declared him a permaneint resident. .For more than 20 years, Fungi has stayed in the harbour and befriending humans, becoming one of Ireland's top attractions..Every summer, Dingle town?s 3,000 inhabitants are overrun by tourists, who have come to see Fungi on boat trips..Fungi, a male bottlenose, is around 30 years old. He weighs about 250 kilos and is about four metres in length. .The Dingle Boatmen's Association offers one-hour boat trips out to the harbour mouth every day during the summer. They run throughout the day, as long as there are people to fill the boats. No reservations are needed. They are so confident that Fungie will appear that they offer a money-back guarantee. 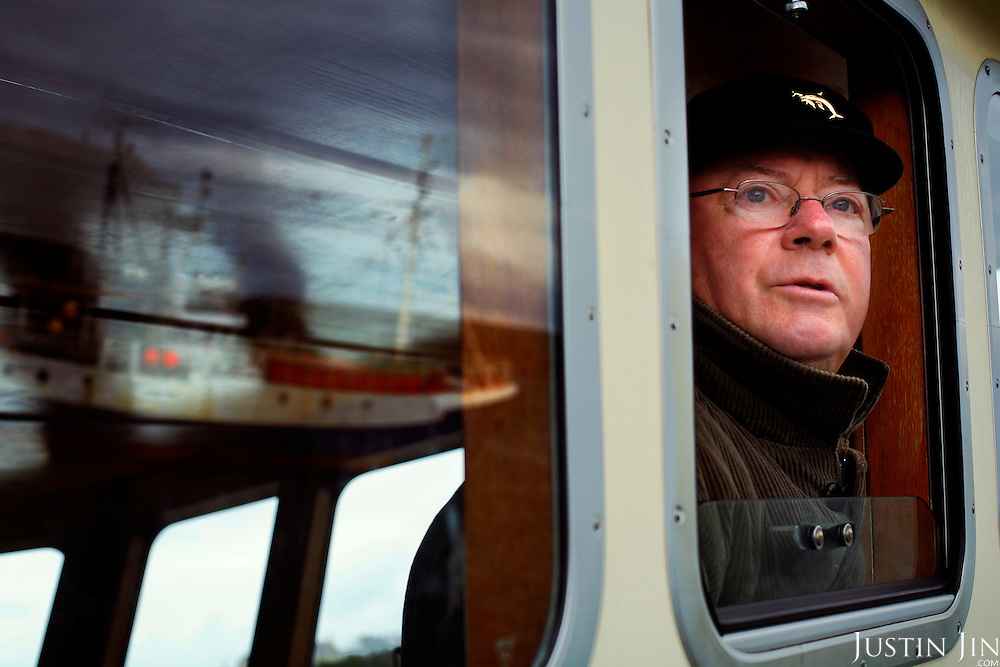