Police officers arrest a Somalian youth suspected of robbery in Leicester city, UK.....In the 1990s ten of thousands of Netherlands-based Somalians migrated en masse to the UK for better opportunities, many of them settling in Leicester. ....Leicester is expected to be the first city in the UK to have a majority non-white population within the next few years. It is one of the most ethnically-diverse cities in Europe. ....Picture taken April 2005 by Justin Jin 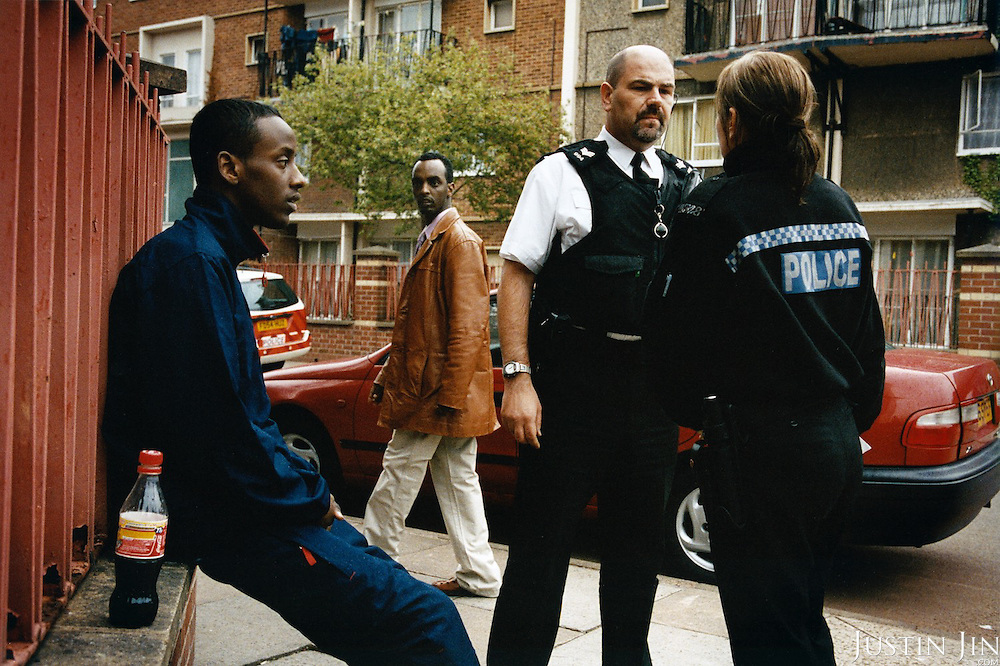